Carnival of Space #268 Here at LINKS THROUGH SPACE 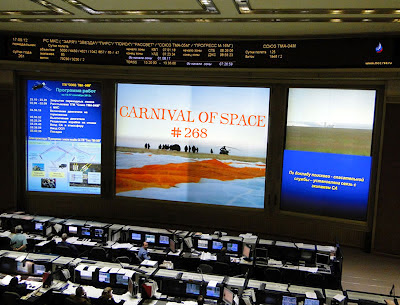 Welcome to Links Through Space, astronomy for everyone.
This is the blog of our Astronomy Club here in Kustavi, Finland
We write/post news about space related topics and we showcase our Astrophotos and Timelapses.
Our blog is a way for you to follow Space/Astronomy news and find new links through the Internet about Space and astronomy.

So here we have it, Ladies and Gentlemen!
Links Through Space is honored to declare the 268th Carnival of Space live from Kustavi Finland.
OPEN!

Here on Earth
TheSpacewriter talks about a project to bring light pollution awareness through a short film. Get involved!

Take a break and listen to an short podcast.
Cheap Astronomy reports on its experience in running a blog-based Journal Club - which went about as well as you could probably expect.

The equinox has come, and marked the transition to Spring (or Autumn, if you take a Northern-Hemisphere perspective). Allen Versfeld at Urban Astronomer explains.

On the Chandra blog A Space Jigsaw Puzzle: Coordinating Chandra With Other Telescopes.
A rather exiting topic and a great article. The Chandra X-ray Observatory mission is living to it's expectations and more.

Space Community
Ray Sanders from dearastronomer.com has a new space/astronomy talk show. The latest episode airs Sept 25th at 10:00 PM Pacific. Ray's guest is none other than Fraser Cain from Universe Today and the Google+ Virtual Star Party. Join us as we discuss the awesome things people can see at star parties (both physical and virtual), an introduction to amateur astronomy, and a fall preview of what to expect in the night skies.

Nextbigfuture - The NASA Johnson Space Center July, 2012 roundup newsletter has coverage of Harold White's space warping experiment. They are testing a physics loophole for faster than light travel which amazingly can be found in mathematical equations. Those equations are tested using an instrument called the White-Juday Warp Field Interferometer. “We’ve initiated an interferometer test bed in this lab, where we’re going to go through and try and generate a microscopic instance of a little warp bubble,” White said. “And although this is just a microscopic instance of the phenomena, we’re perturbing space time, one part in 10 million, a very tiny amount.”

Nextbigfuture - A Hypervelocity Asteroid Intercept Vehicle (HAIV) mission architecture, which blends a hypervelocity kinetic impactor with a subsurface nuclear explosion for optimal fragmentation and dispersion of hazardous near-Earth objects (NEOs), has been developed through a 2011 NIAC Phase I study. Despite the uncertainties inherent to the nuclear disruption approach, disruption can become an effective strategy if most fragments disperse at speeds in excess of the escape velocity of an asteroid so that a very small number of fragments impacts the Earth. Thus, the proposed HAIV system will become essential for reliably mitigating the most probable impact threat: NEOs with warning times shorter than 10 years. It offers a potential breakthrough or great leap in mission capabilities for mitigating the impact threat of NEOs. The proposed Phase II study further develops the HAIV-based mission architecture and explores its potential infusion options within NASA and beyond.

Every rocket NASA launches is wired with detonation charges. That sounds like a bad idea, right? But it actually makes space flight safer. Read the article on Tranquility Base an inspiring blog on Space exploration.

Mars
Paul Scott Anderson @ The Meridiani Journal shows us alien rocks from Mars. The pyramid and the egg: interesting new rocks seen by the Curiosity rover.


So here you have it! All the thrills and excitements of the Astronomy/Space community.
The Carnival of Space #268

If you run a space/astronomy related blog, and would like to get more awareness, participate in the Carnival of Space. Every week, a different webmaster or blogger hosts the carnival, showcasing articles written on the topic of space. It’s a great way to get to know the community, and to help your writing reach a wider audience. If you’d like to be a host for the carnival, please send email to carnivalofspace@gmail.com