European Week of Astronomy and Space Science 2013. What is it all about? 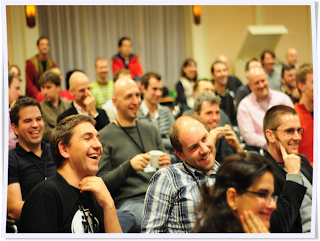 What is European Week of Astronomy and Space Science 2013 all about?

EWASS or European Week of Astronomy and Space Science is an annual meeting of the European Astronomical Society.
It is a symposium/ discussion forum of different topics related to astronomy or/and space science.
People from all around Europe and the world are invited to attend a week of discussions and ideas on several topics engaging in Astronomy and Space sciences.
This year the meeting is held in Turku, Finland. In our own backyard! The symposium is held in Logomo congress center in Turku, Finland form 8-13 July 2013.

This years meeting is organized by the University of Turku and the European Astronomical Society.
Dr. Esko Valtaoja is leading the symposium co-chaired with Mr. Jose Miguel Espinosa of the Institute of Astrophysics of Canarias.

Amongst  the topics to be discussed, the one that caught my eye where
Very interesting topics and subjects are presented to the vast invited scientists and space media members. More than 300 participants from 51 countries are attending to this symposium. Much to discuss...

Also on the last day of the meeting, an Plenary discussion on the ASTRONET Mid-Term Review is being held closely with EWASS 2013.


The ASTRONET consortium of European funding agencies was formed in 2005 to assemble a comprehensive, science-based strategic plan for the development of all of European astronomy for the next 15-20 years. Its long-term Science Vision for European Astronomy (2007) was followed in 2008 by the Infrastructure Roadmap for the investments needed to realize this Vision.

After five years, the time is ripe to review recent scientific, technical and economic developments and update the plans for the next decade in this light. This “mid-term review” is now under way, and ASTRONET invites the criticisms, ideas and suggestions of the community on its draft report, soon to be made available for comment. To this end, a full-day discussion meeting is organized in conjunction with the EWASS 2013 conference, benefiting from the presence of a large number of European astronomers for this event.
Programme: http://www.astro.utu.fi/EWASS2013/astronet_programme.php

I will be attending the ASTRONET discussions on July 13 and will enjoy all of it!
Here are the links for EWASS 2013 and EWASS 2014 held in Geneva, Switzerland.